Future Islands ‘As Long As You Are’ listening party

A unique online listening event that fostered fan engagement and interaction across the world. 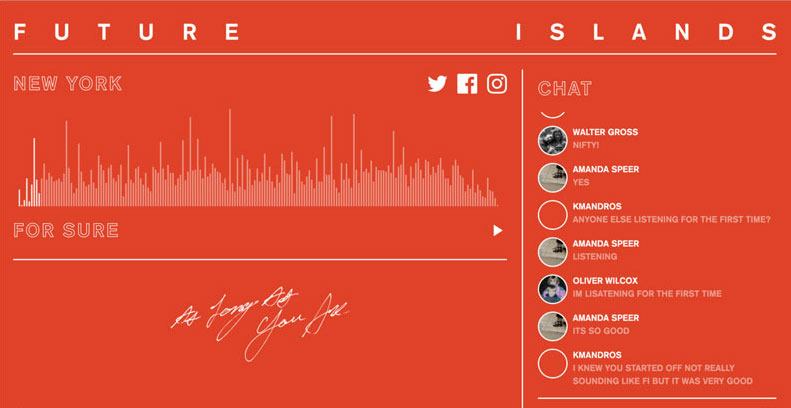 The concept: During early discussions about the campaign for Future Islands’ sixth album, As Long As You Are a key part of the puzzle for the label was how do you market a band who are fundamentally loved for their live shows when venues are closed across the world? Like most bands during the global pandemic, Future Islands would be performing a live-streamed show, but I felt that there was a community-driven element to the live experience which was missing from a live stream. I came up with the idea of a listening party that requires fans to gather together online to unlock it. Once the idea was approved, I put together some concept designs and invited Lee Martin to come onboard as the developer for the project. I highly recommend reading his write up here which explains exactly how he achieved the functionality.

The project: 48 hours before the album’s release date, a new site went live that would allow fans to hear the record early, but only if enough people from their region visited the site. We established the threshold of fans needed to unlock the stream for each region based on spotify listener stats. Fans were encouraged to share the site on social media to draw more fans to the site and a custom chat box (which used spotify authentication) allowed fans to chat in real time once the record started streaming.

The result: Fans from across the globe visited the site, with particularly notable engagement in Southeast Asia, South America and Europe. 1,500 pre-saves/pre-orders were driven specifically from the site. The album charted internationally, with some of their highest placings ever. 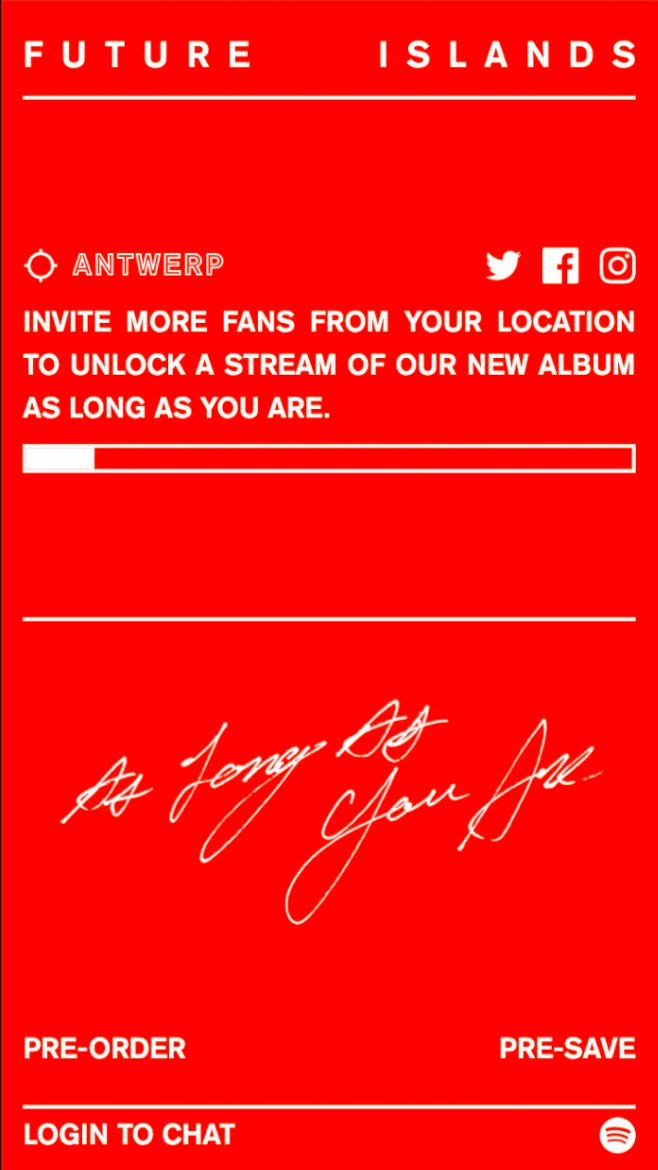