A weather forecast app with a built-in song recommendation engine

To celebrate and promote the release of Homeshake’s new album, Under The Weather, I was approached by ​​Sinderlyn and Omnian Music Group to come up with a fun fan engagement we could build for the artist’s website. They were keen to incorporate real world weather in some way and we discussed different ways to encourage fans to explore the record.

After looking at a few different weather forecast APIs, we landed on OpenWeather to provide our forecasts. IP-API would be providing the user’s location and we decided to include Google Maps’ Places Autocomplete so that user’s could enter a different location (firstly for anyone who’s IP didn’t match their location, but, more importantly, to encourage multiple return visits as users try inputting other locations to get different results).

For the recommendation engine, I looked at various song attributes we could explore to algorithmically suggest appropriate album tracks for different weather conditions but we ultimately decided that good old fashioned human intuition would be best. We wanted the app to be streaming-service-agnostic and I felt that any math-based attempts to order the tracks by ‘sunniness’ missed a lot of the subtleties of the album. I created my own weather-based ordering of the tracks and ran it by the artist to check we were in agreement.

For the interface, I took design cues from the LP artwork and opted for a ‘line boil’ style of animation on the weather condition icons to reflect the hand-drawn nature of the artwork. 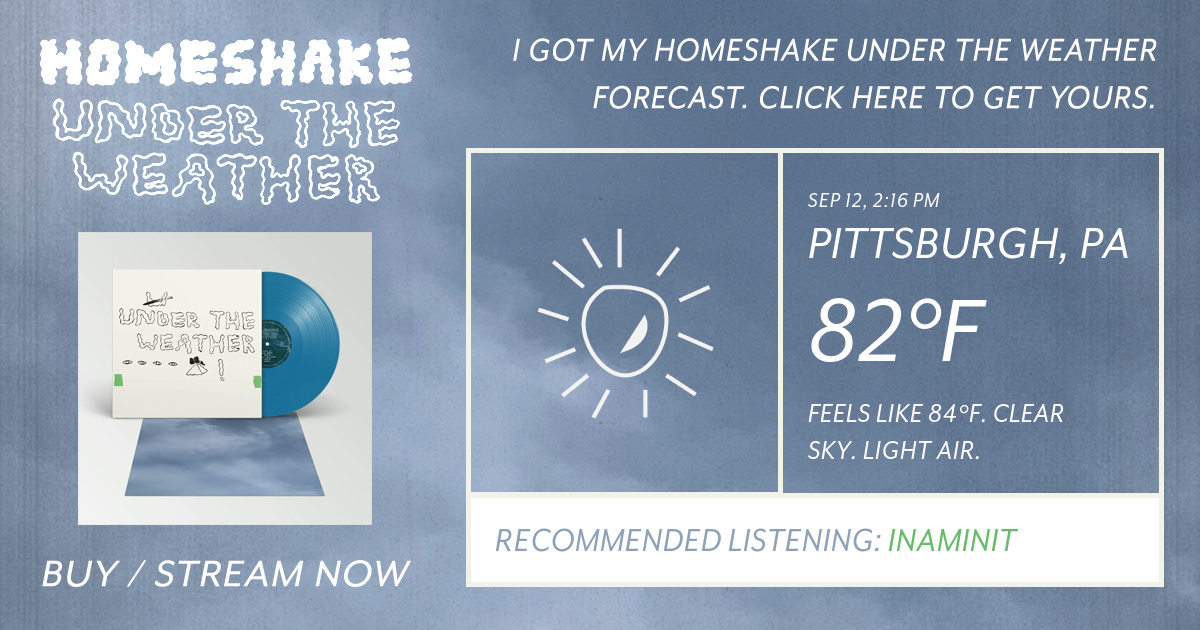 The app launched on the morning of September 10th, to coincide with the album’s release, and was an instant hit with fans.