My Role: Design and Development

A brand new website to promote the 11th year of the Photoville Festival and highlight the history of the event. The archive sections of the site will launch summer 2022. 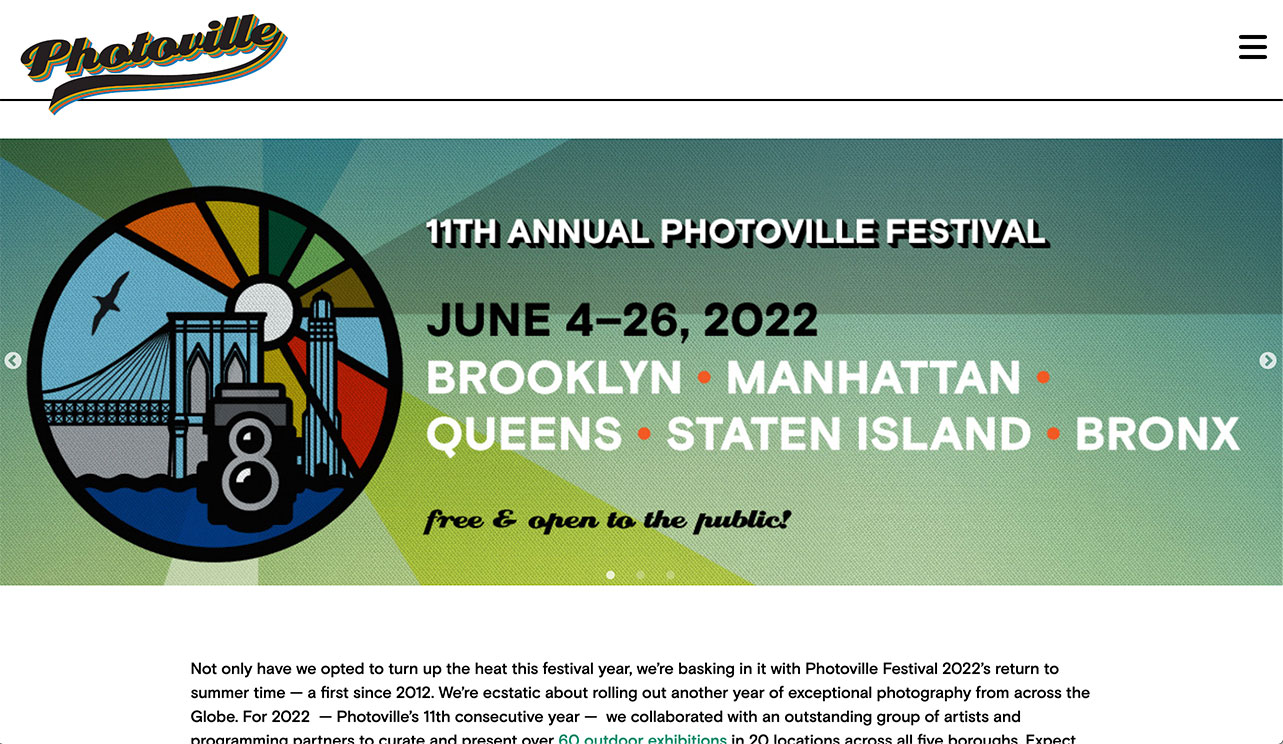 Photoville is an annual, city-wide open air photography festival, the largest of it's kind in New York City. Exhibitions appear in locations across all five boroughs of the city and programming including educational panels, artist-led tours and panel discussions happen alongside them.

In 2021, I helped Photoville to make some updates to their site for that year's festival and I gained an insight into how the existing site was put together. Like a lot of organisations that have expanded rapidly, the Photoville Festival website had been expanded and augmented over the years out of necessity, but it had been a long time since the fundamental structure of the site had been examined.

I put together a proposal for a new site that would link up information via as many channels as possible, creating a rich and dynamic way for the artists, students, curators, sponsors, presenters and visitors of Photoville to explore the breadth of Photoville’s current and historical work. Rather than simply displaying static listings for current exhibitions and events, I would make their locations, people, organizations and subject matter linked up data points, creating jumping off points for further exploration of the site. By connecting the data in this way, the site becomes not just listings but a discovery and education tool.

As the festival moved to earlier in the year in 2022, the new site is being released in two phases. Phase 1 launched in May 2022 and prioritized this year's festival information, phase 2 incorporates an archive of the preceeding 10 years alongside the current exhibitions and will launch later in the summer. 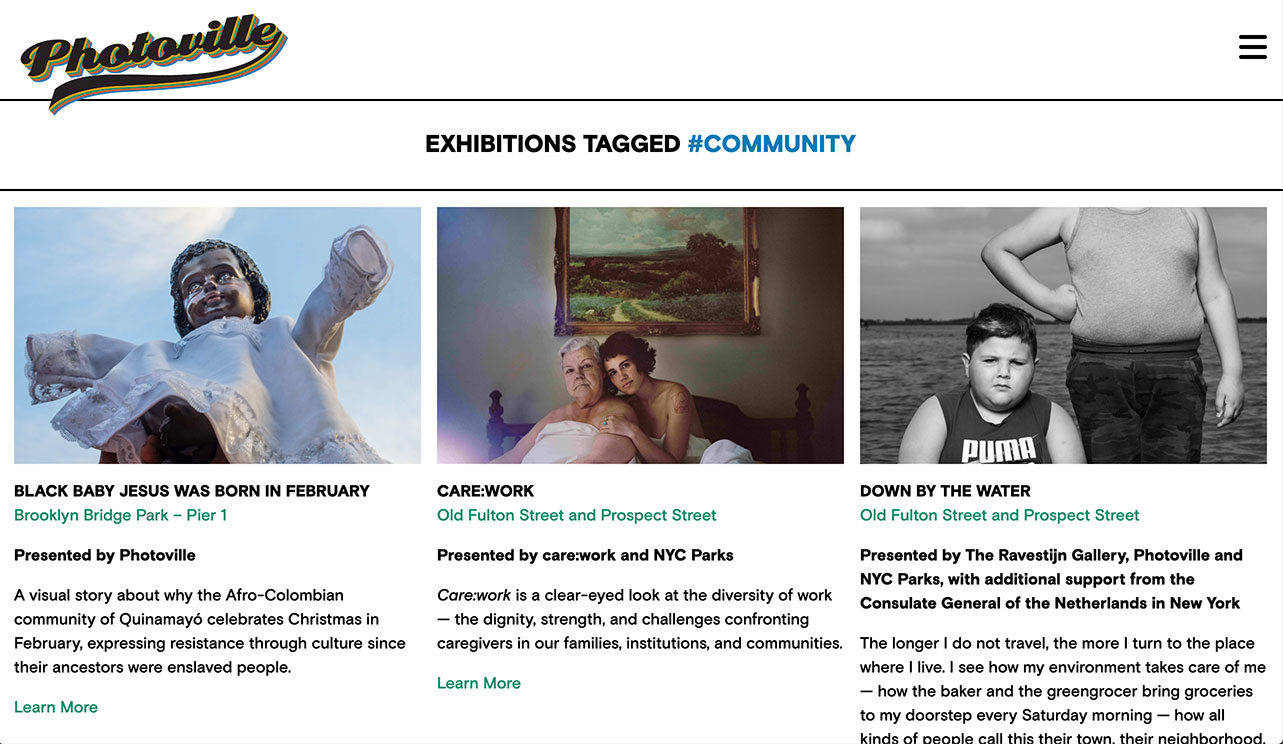 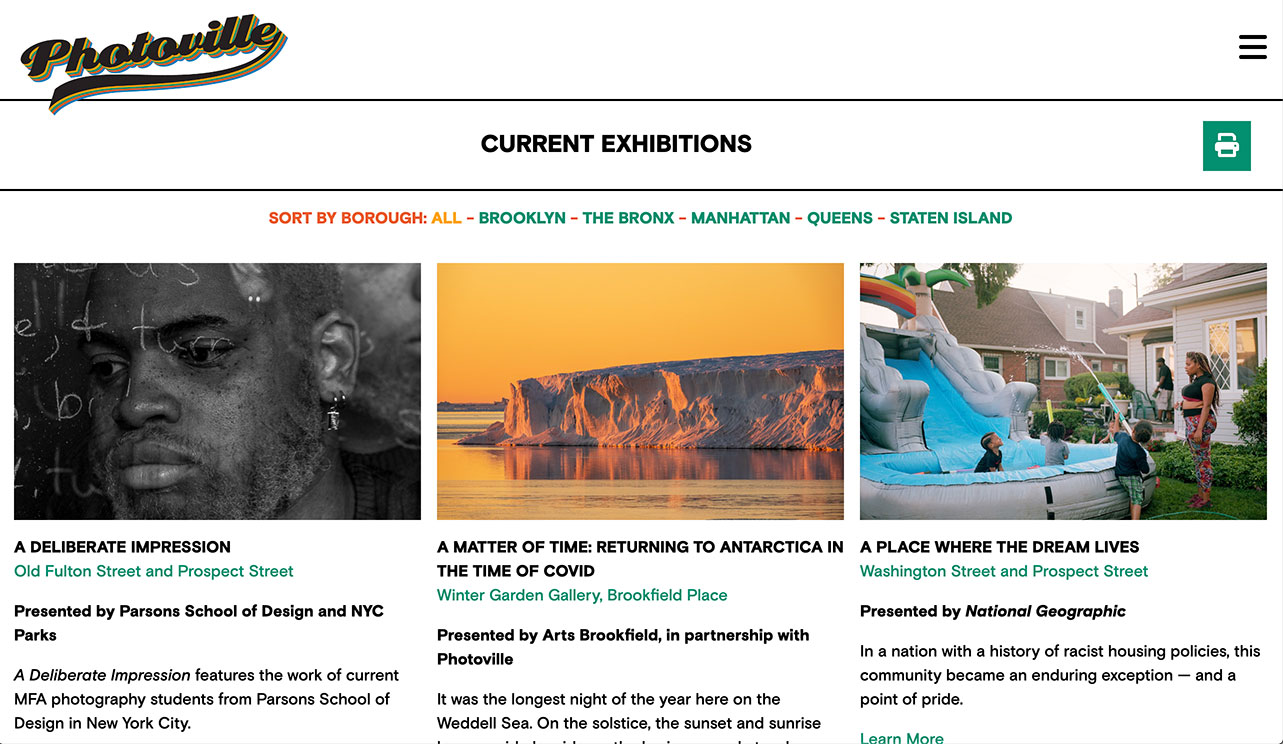 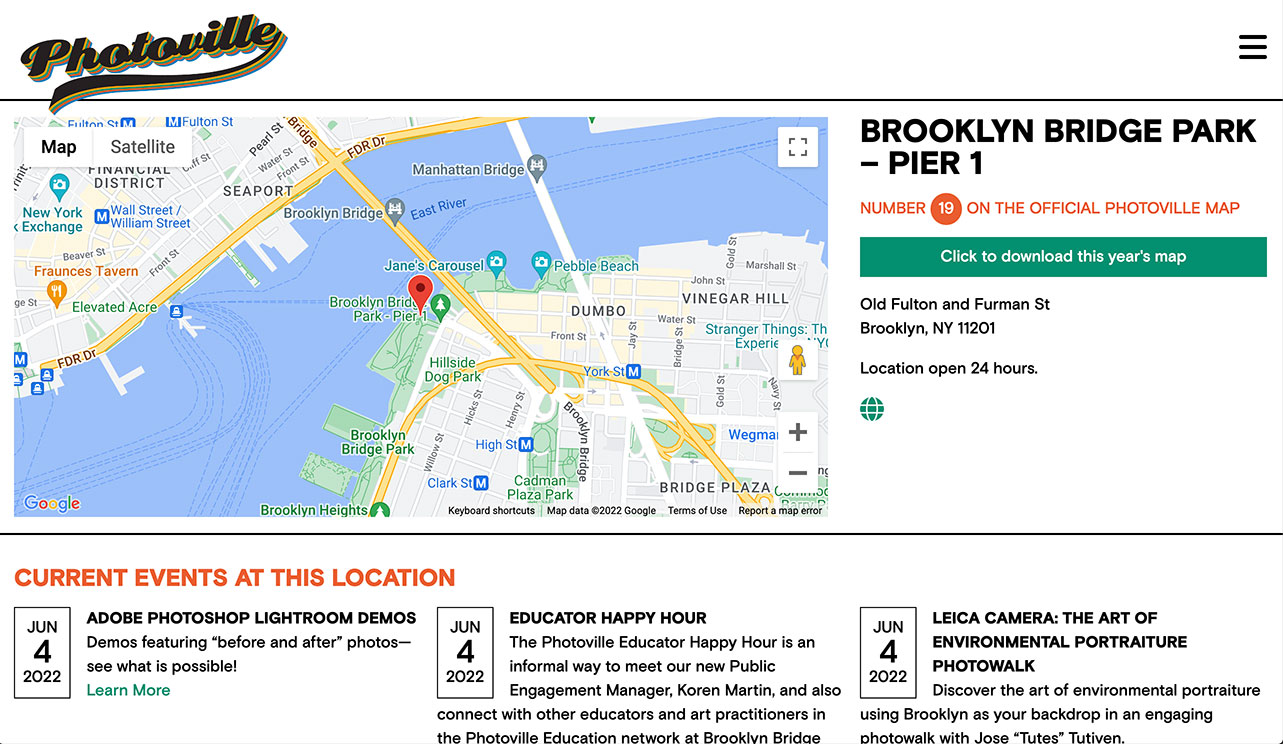 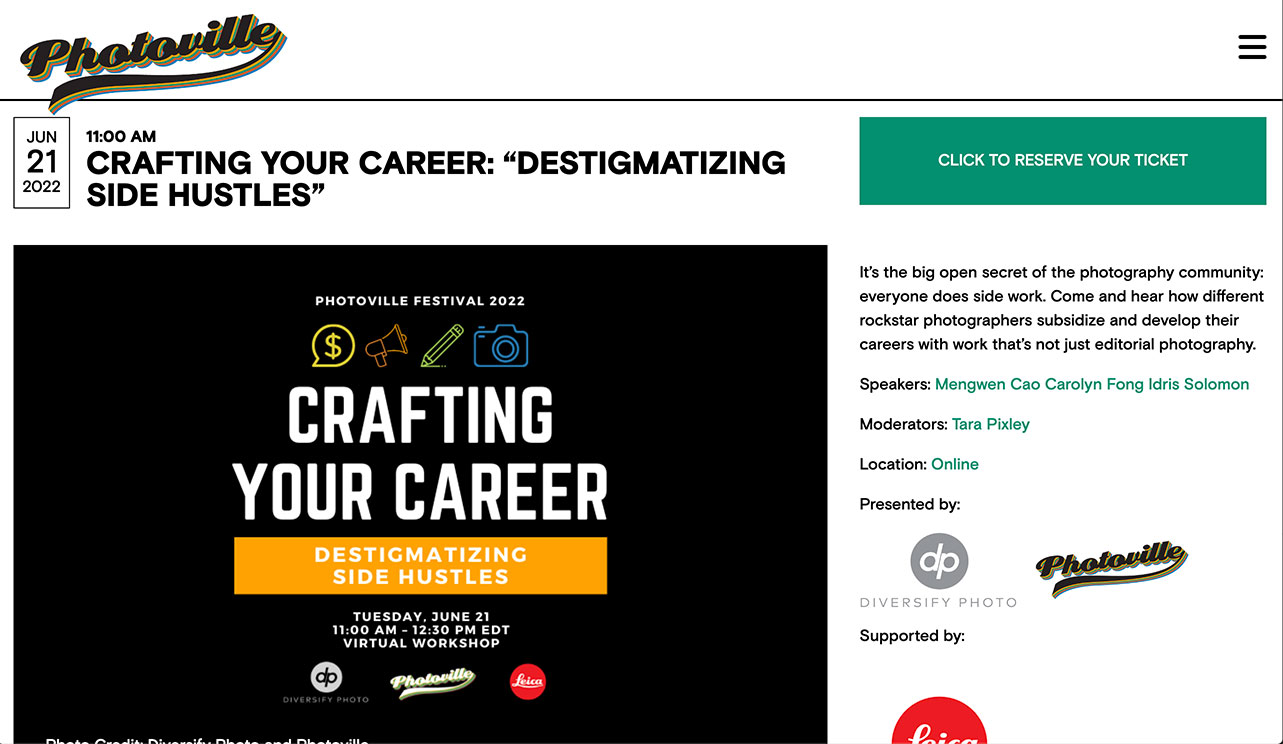 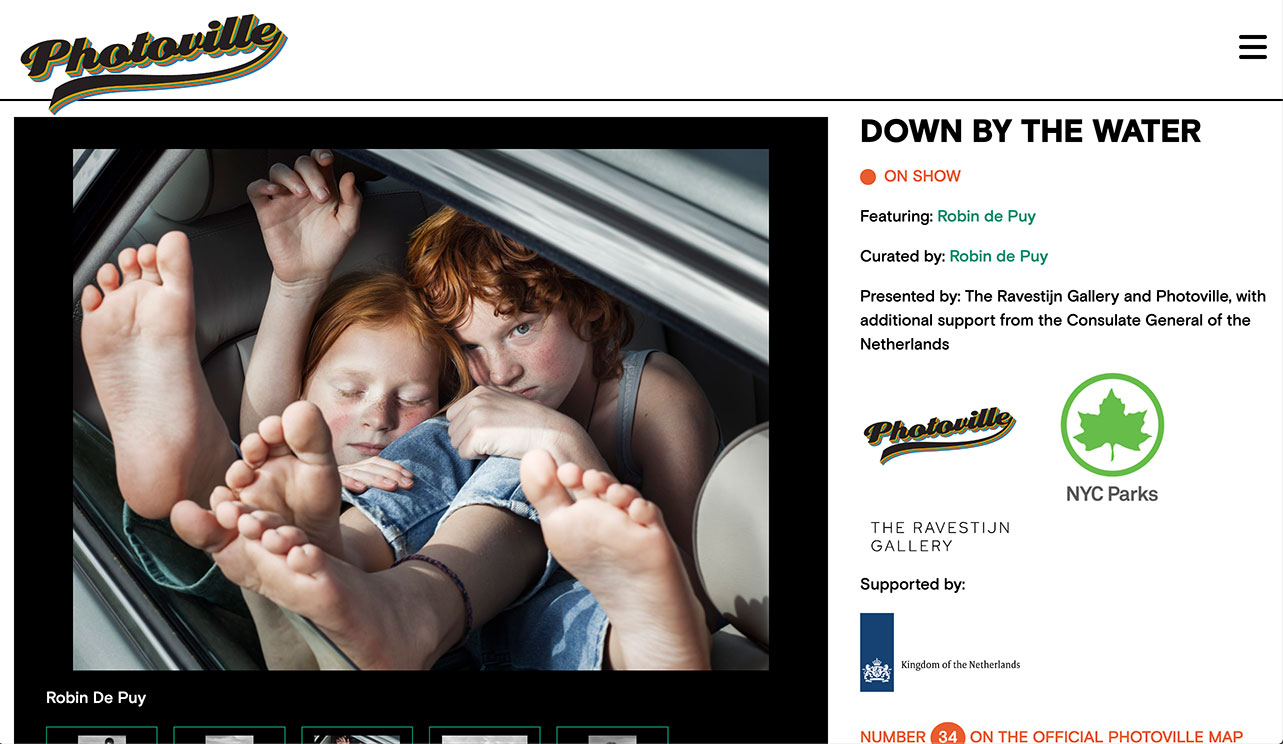